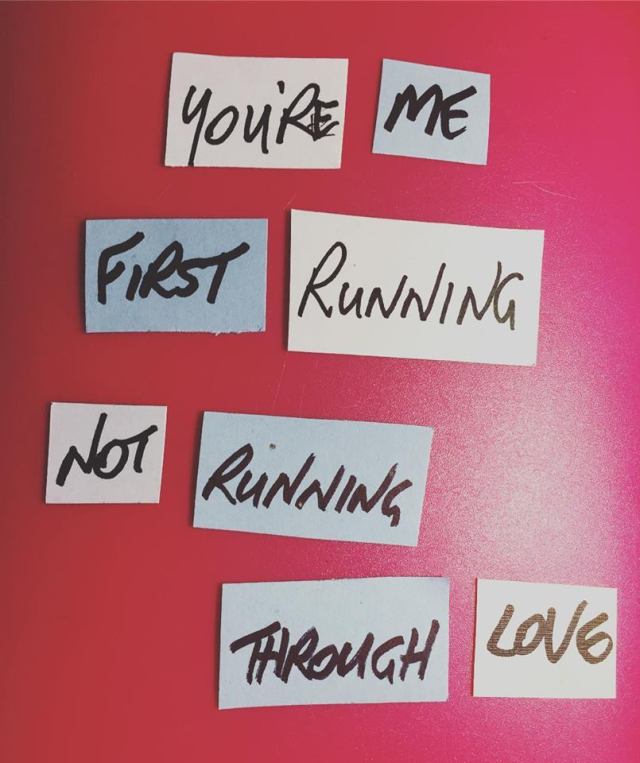 Ghost in my Mind

I will let you fly off to the horizon
Calmly, sweetly you’ll take to the sky
No more resting by your side at the horizon
Between the dust and the photographs I will take you in my arms

Drawing a line to the ghost in my mind

Sweet one, dear one – you’re off to the horizon
When the sun sets I’ll forget how we walked side by side
Take the swearing take this new day draw a line across the horizon
Barely standing, barely shifting – the blur that disappears beneath the line

Drawing a line to the ghost in my mind

The album songs were largely written in the order they appear on the album, making Ghost in My Mind the first cab off the rank. It was written on guitar but i took all guitar playing out of the final recording.

Ghost was recorded on my phone as an improvised piece so was written as it was sung. Only a few minor lyric changes were made.

I recorded the vocals at home and whilst singing the middle section my dog Tai decided to drop his ball for me to toss. It landed on the mic stand pretty much in time, so has remained in the recording. You can hear it at 2’50”.

The bass part is beautifully played by Tim Jaray.

The electrical signal sounds were from a demo programme and so would glitch randomly during recording. I took out the glitched sections which left the remaining signals you can hear.

The accompanying photo is from my scrambled song lyrics series. I have cut all of the lyrics from the album up and placed them in a jar from which I draw out words and create poems. Obviously a key lyric in this poem is from Ghost in My Mind.